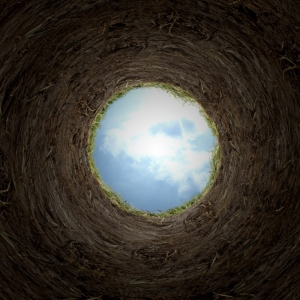 You know when you be high as f*ck and just get to reflecting.. Well that happened one night and it got so intense that I had to write about it the next day. You’ve been warned.

Indigo Adult
As I mentally scroll through my proverbial rolodex of careers I thought i’d pursue as a kid, I realize I am a living breathing example of an Indigo Child STILL being conditioned to ignore her individualism and pressured to be a normal retard like everyone else. The public school system is equivalent to the doctor who breaks the legs of bow-legged babies. What if the Universe intended for them to walk like they hopped off a goddamn horse?

So, journey with me through the vaults of my memory dank (because i’m always high as f*ck!) I’ll get to the point eventually. Well actually, the point was made already. Let’s just see if I can backstroke forward and meet myself right here, experiencing spiritual suicide aka working full time for someone else.  I’m literally at work right now.

Am I a Writer for Myself and Others?
Is this what it actually means to be a writer? Someone who sits deep in thought, basically talking to themselves? Mulling through feelings, experiences and ideas, trying to connect them and make sense of it all? “What’s the point of thinking?” – Good question Kanye.

Well, i’m declaring right now, that I am a writer. Now; how to get networks to take me serious, how to stack and hone my skills, how to monetize my fantasy… Is what i’m busy figuring out right now. I’m speaking my pipe dream into existence. Bear with me. I know I should get in front of a camera and make some YouTube videos (the irony). It ain’t like i’m ugly. I got jokes. So we’ll see.

Sidebar: This means i’m going to need an editor. But I’d have to really respect that person. Otherwise I’m going to assume they don’t know what the fuck they’re talking about and how I said it makes more sense. Maybe I should be an editor? But how though? *Shrugs*

DJ Benita Button?
Ok. So first of all I knew I was an old woman at the age of like 10 or 11 when they would roll the T.V. into the classroom on those carts and sh*t. You know how you’d watch programs with experts or pundits or whatever you want to call them (educators, lecturers, etc…) speaking in between clips, like Eyes on the Prize and sh*t? Well I loved those films and I always felt like I would be one of those old people one day. I always felt like i’d write a book. Even though I don’t necessarily love to read (I read a lot though), I appreciate what it means to be literate. It’s like an investment.

*Reminder to self to tell the story about Vietnamese-Mexican friend who somehow had technology back in 98 to pause, rewind and stop the TV and I almost pissed myself laughing so hard because the weirdo teacher couldn’t figure out what the hell was going on. Fuck it – there’s the story.*

Second of all, I forever had keyboards and instruments in my house, just never any real talent, guidance or direction. No lessons. Nathan. But I knew I wanted to f*ck with sh*t pertaining to music and technology. I had my own computer since I was seven. (My MS Paint skills were vicious!) I was entrenched in the Hip-Hop lifestyle.  I thought i’d be an entertainment lawyer. I actually remember saying that to a friend back in Middle School. I used to make (actual) mixtapes in High School. I had an ear for what was hot; I used to just give them shits away (shouts to Ashley Robbins!) And they were fire! Had I realized what was happening right then and there, boom – Numark copped. I have a sh*t ton of music on hard drives (back from napster days, my n*gga). Had I learned (taught myself?) how to mix music.. i’d be off my Vashtie right now. I was already plugged in w/ the local radio folks. 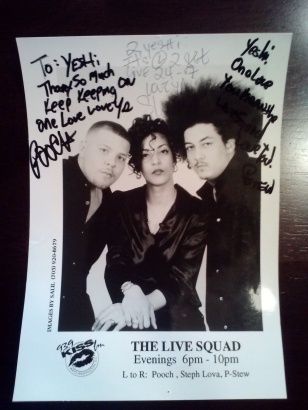 My HBCU Gave Me Purpose
I had a Chinese Public Administration teacher my freshman year at THEE illustrious North Carolina Agricultural and Technical State University (can you tell i’m proud of my school?) “Get government job. Easy. Pay good.” So that always stuck in the back of my mind. Especially because I am from the D.C. Metropolitan area. Everyone from outside of D.C. thinks you can just waltz into the Federal Government and gain employment. Yeah, sure we can.

The reason I am even familiar with the writing style of satire is because of an English Lit class I took either Sophomore or Junior year. I was so fascinated by the writing style and the stories I was like that’s it! I’ll be a writer! This is what I want to do! Voltaire, Johnathan Swift, Virginia Woolf, Me! Every last one of my English professors left a lasting impression on me. I wanted to be like them. Smart, witty, employed in their profession of choice and cool.

NCA&T Almost Made Me A Hotep Though…
So I started writing. I’m glad I did because I had some gems in my mind and heart back in ’07. It’s when I started to try and be myself, a little bit. (I’m full fledged me, now – btw). It’s when I stopped internalizing my anger and frustrations (limitations!) and putting them on paper. I was getting “woke” if you will. But then that mentality took on a life of its own. I was a baby Hotep yall. Ase.

I kind of want to skim over this phase lol (us HBCU grads have all been there at some point), but it is so vital and so crucial. Without me abandoning my Eurocentric frame of reference, I probably wouldn’t have crawled my way up out of depression. I didn’t even know I was depressed for years! Responsible for a great deal of my intellectual growth is Wesley Morris, a friend who introduced me to The Psycho-technology of Brainwashing – An Afrocentric Passage. Without this text, there would have been no motivation for me to be the best version of MYSELF, as opposed to who/what ANYONE else wanted me to be.

This was one of the first instances of MyUrbanDilemma because part of me still wanted to be what the Hoteps deemed “counter productive.” I still wanted to be gay, do drugs, wear name brand clothes, listen to t/rap music.. all that shit. It’s like I had to choose between being conscious and being hip. I still battle with that til this day. I felt more like a distraction or like I was being judged by the Hoteps… so I said fuck’em. I stopped attending the Black Wednesday meetings, took off my red, black and green beads and carried on.

I’m Almost Done..
After graduating from A&T I came home and lived with my mother and her husband for about 8 months before getting a job. I should have never gotten a job. Sounds foolish, but it’s the truth. I didn’t NEED a job, but I felt like I needed to be independent. Like I needed my own everything to show that me going to college and graduating really paid off. I didn’t realize the wealth of experience and self development that took place. I didn’t need some job killing the creative spirit within me. I killed it because I wanted to appear better than my peers. Keyword appear, because looks can be deceiving. I didn’t want to be a burden to my mother but I’d still need her to bail me out of shit throughout my adult life. I may have looked like I was doing well on the outside, but on the inside I was killing myself. Talking myself out of every creative situation and opportunity presented.

Being desperate for my own money (to do God knows what with, nothing smart) I went back to school. To get my Master’s. In part because I felt like it would help me get a job paying more (LMFAO!) After my first couple of weeks in my economics course, I realized “whoa… I have no business in a Master’s program.” I wanted to quit, but that refund check was very enticing. I blew thousands of dollars on utter BULLSHIT, not 1 sound or solid investment made. By the way… I enrolled in Strayer University’s MPA program; Master’s of Public Administration. To date, this is the biggest mistake i’ve made in life thus far. Which, in hindsight – at least I still earned a degree. I could be in jail right now for committing crime. All that t/rap music was convincing me to hit the streets. Seriously.

So with the little bit of good sense I had left, I realized because I was angry at the world and listening to music that fueled my anger (lectures as well), I was making poor choices. Around 2012 I realized I was depressed. I realized I was in a mean ass routine of waking up, going to work, coming home, getting high and passing out on the couch. For like 2 years straight, that’s all I seemed to do. It wasn’t until I started writing MyUrbanDilemma and TheUrbanDilemma that I realized I was depressed. I started to think of a time when I experienced joy and at what point did it stop. I remembered my Hotep phase, and realized I was on to something. It was the writing, the self expression that I was missing.

I Had an Epiphany…
How was I to ever get from the Universe what my soul desired if I kept it buried in my un-sober heart and mind? For the first time since like freshman year in high school, I stopped smoking weed for 2 months. I didn’t even want to start back but, believe it or not, my grown ass fell victim to peer pressure. That brief moment of clarity allowed me to realize I was wasting so much time (just like I had wrote back in ’07) I had been projecting. That’s why me starting to write was so major because I could see my depression on paper. My better self had control and was trying to kill the ill me. Somehow the ill me won, but this is a battle, not a fight.

Lastly…
I don’t expect but a handful of people to read this. I wrote this for me. I wrote this so I don’t make any more excuses for myself. I know what I want but I don’t know how to get it. I’m trying. Whether this “brand” kicks off or not, it’s mine. It’s my creation and i’m going to see that it brings me personal joy. For life.

I see working for others as a means to an end, the end being working for myself. It’s not suicide, it’s sustainability! I’ll never be against working for the purpose of taking care of myself, my family and funding entrepreneurial endeavors. By the way… let me know if you do read this.