Constant Compromise in the Golden Age of Black Creativity

Th.Ur.Di. is a testament to black youth having to constantly compromise. This is a result of being a victim of modern-day colonization. The inspiration for this came from firing up the N.W.A.P. podcast entitled “Was February the Best Black History Month Ever?”

Did or did they not change their name to Nerds With a Podcast as opposed to Negroes With a Podcast? If they did, I would both be understanding and both bothered. This entire post begs the question:

“Who/what/when/why/how does the phenomenon happen where a group of podcasters would change their identity from Negroes to Nerds?

Like, why is the Weeknd making so much popular mainstream music as opposed to all the molly popping music that I loved him for? 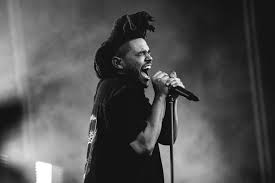 I feel like the identity of Negro is a thorn that belongs in “they” side. Nerds would be the compromise. And being a “black nerd” is a dilemma in itself. Again begging the question –but why?

This particular episode goes on to say how we are A) currently living in the golden era for black creatives… B) How black media is born of trauma…C) we’ve never been able to be ourselves or tell our own stories until now because D) technology has lowered the bar and “everybody is just running over that shit now.”

I don’t feel like i’m extroverted enough to  become as successful as I could be. I also don’t feel like i’ll kiss enough ass to excel in the capacity I envision. This also stems from not having access to capital for a myriad of reasons.

The Shark Daymond John appeared on the Breakfast Club this morning to promote his book “The Power of Broke: How Empty Pockets, a Tight Budget, and a Hunger for Success Can Become Your Greatest Competitive Advantage.”  I’m going to purchase and read this book because I feel like there are some gems in there. Daymond didn’t compromise. I wan’t to be inspired by his struggles.

Check out their podcast and comment below, let’s dialogue. Let’s build!