Logic is from Montgomery County, too.

Today while listening to Logic‘s NPR Mic Check interview, Frannie touched on how the “hood” he claims is that of West Deer Park located in one of the richest counties in the country. A lot of critics elude to his representation of it being skewed. Now, any intelligent person knows that what goes on inside the homes of dysfunctional families often time contains itself there.

What Logic experienced may very well have been traumatic and unhealthy for his personal growth and development as a child. I haven’t listened to his project yet (since I started writing this, I have – update at the end), but I gather from word of mouth (and this interview) that his childhood wasn’t as clean cut as he himself may appear at first glance. He is in fact bi-racial, but can pass as white without much effort. I feel like Logic had to deal with some conflict and dilemma coming of age, particularly with “fitting in.”

Because I wasn’t familiar with the neighborhood, I decided to do a quick Google search to see what I was missing. The “hood” part of Montgomery County (MoCo) familiar to me was Briggs Chaney, more specifically Castle Blvd. Also, Pepper Tree Farms in Aspen Hill was always known to be a little rough. Aspen Hill is closer to Gaithersburg, Briggs Chaney is closer to Silver Spring. I’d never been, but i’d always hear stories about Lincoln Park, a ghetto ass neighborhood out in Rockville. In my mind I couldn’t fathom anything “hood” in Rockville and never took it seriously. In a nutshell, the “hoods” in MoCo are few and far between.

Langley Park is another not so great area in MoCo with a high immigration population. A lot of newcomers from Latin, African and Caribbean countries seem to put their feet on the ground here. Because of this, it’s one of the poorer and more dangerous places in MoCo. When I lived in the Langley Park Area (University Blvd & Piney Branch Rd) in the late 80’s early 90’s, it was still a good mix of black and white people, a few immigrants here and there. It has since completely transformed into “Little Mexico” – all the businesses in that area now cater to the Hispanic population. The existing infrastructures are all run down and most of the signage is old. Immigrants from Russia and European countries typically settle near Gaithersburg (and further up). Montgomery Village has a lot of Russian residents. One of them is my really good friend. (Hey Rozy!)

So I typed in “West Deer Park Public Housing Projects” and much to my satisfaction, a forum with a post titled “Rising Montgomery County Rap superstar has people actually believing Gaithersburg is just like Compton.” I read the whole damn thing (if you have any interest in this topic, you should too). I learned so much about MYSELF from this post.

A lot of sentiments Logic shared in this NPR interview I share, like being influenced by mainstream pop-culture as well as underground, fusing both into his own style. He catches a lot of slack for “not being original” and “sounding like a Kendrick Lamar, J. Cole imitator.” A good number of people believe his appearing white and rapping about “hood shit” is appealing to white kids from the suburbs who, for example, can stroll through West Deer Park rapping his music out loud, unscathed. He’s seen as more relatable than a Kendrick from Compton, and this is why the labels back him. I disagree, he is talented. 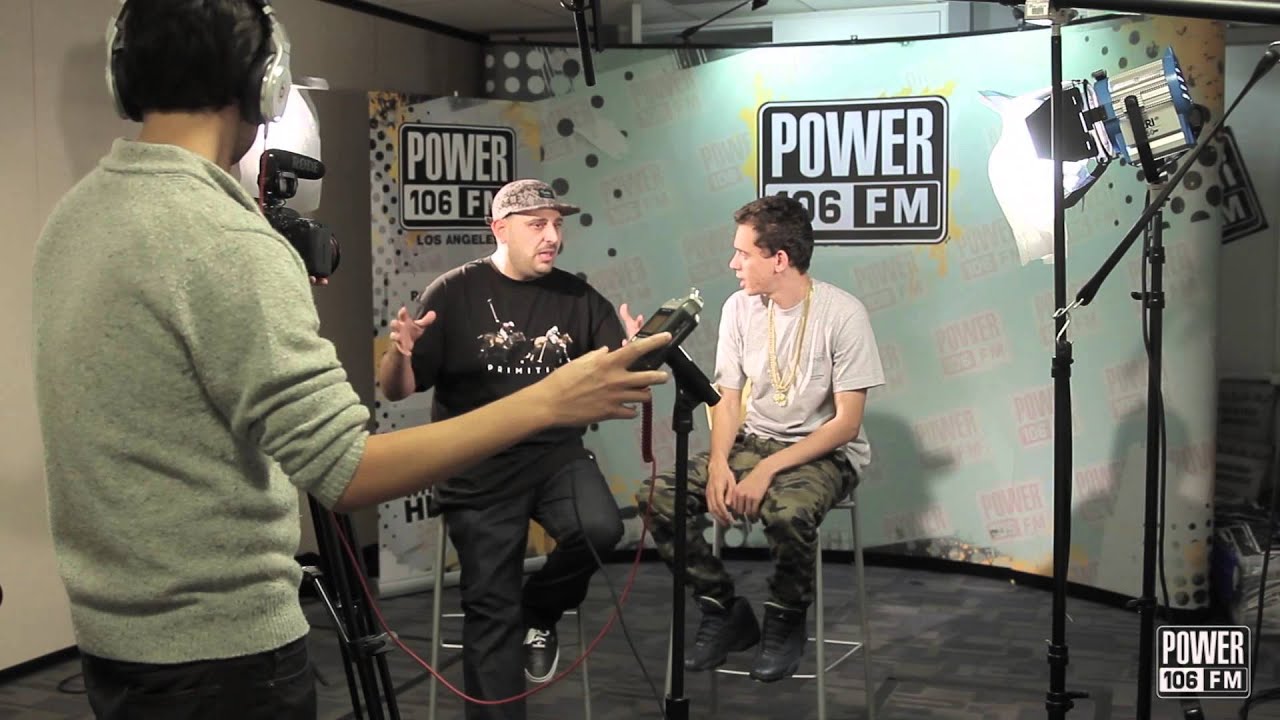 Logic Gets Disrespected By Vick One

I say all that to say, where we come from breeds very peculiar individuals. Fun fact, Maury Povich and Connie Chung are both from this area. West Deer Park’s crime rate, when compared to say Compton’s – doesn’t. Can’t.  Won’t ever. The conditions of poverty simply don’t exist in the same capacity. But if you compare West Deer Park to Chevy Chase or North Potomac, you can see the major differences between lifestyles of the working poor, the middle class and the extremely wealthy. We are all heavily influenced by the vast socioeconomic conditions that can virtually exist within a 2 mile radius.

I am more than grateful to have grown up in such a culturally diverse, socioeconomically stable area. As a child I couldn’t appreciate it because I was oblivious to it, I was just living. After residing in North Carolina for 4 years, travelling across (and outside of) the country, becoming more worldly overall, I realize Montgomery County is special. I plan on moving to Los Angeles like all real niggas do. But for now, there is no other place i’d rather be than Silver Spring, MD.

After Listening to Under Pressure

For one, I love the production on this album. It’s very sonically pleasing, not a bunch of trap beats or boom baps. The artwork is classy. Now, while I can’t put my finger on a particularly original flow or “rap style” yet.. the boy can rap. He rides the beat if not better than, then as well as anybody worth mentioning. I don’t feel like he’s imitating Kendrick or Cole, personally. I feel like he’s using rap techniques soaked up over the years to tell his own personal story. I must give him his props, it doesn’t sound like he’s fabricating or exaggerating anything.

While West Deer Park isn’t the most poverty stricken, impoverished “ghetto,” it surely has it’s pockets of criminal and drug activities and is not a super wealthy area. Again, do a quick google search and you’ll see the facts. Logic had to suffer from what any child anywhere shouldn’t have. He had drug addicted, absent parents, he lived in public housing, he also mentioned his mother taking medication for mental health reasons. He say’s on one track “these welfare checks wont bounce like like my daddy did.” He envisions a better future for himself and family. You can’t knock him for that. Everybody’s bottom isn’t identical. I’m from Montgomery County and didn’t experience anything even remotely close.

I will definitely be listening to this album over and over again. I’m glad I didn’t let the suckers stray me away from this. Folks like Vick One had me convinced he was trash and a fraud. He isn’t, in my opinion. I could be biased, but regardless.. i’m captivated. It makes perfect sense that Childish Gambino is on this album. I have a special love for Donald.

“Too black for the whites, too white for the blacks.”